SWAT was originally founded in 2011 by jmmey321. Before it was called SWAT, it was called EBO and FBI for a short time. There hasn’t really been an agency community on Habbo at that time. SWAT is the second oldest agency on Habbo after the White House, which opened its doors to the public prior to us. Due to the fact that SWAT has been one of the first agencies on Habbo Hotel, it massively shaped the agency community not only in the beginning stages, but still until today.

In 2019, kldom and jamie96554 who were the current main Founders at that time, decided to create the SWAT-Foundation account and take ownership of the agency over. Since then, SWAT is operating under SWAT-Foundation and not under jmmey321 anymore. All badges, HQ and rooms were transferred over. Today, SWAT is counting over 80,000 members on its main ID badges and is one of the most popular agencies on Habbo Hotel. 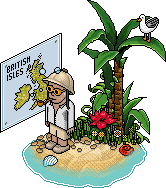